Outlander is the brilliant combination of adventure, romance and humour that has captivated people the world over, not to mention the men in kilts! I myself found my own Scottish man in a kilt and although I didn’t have to travel back in time to meet him it has certainly been all of the above. We fall in love with the storyline each time we watch an episode or read another page with Scotland drawing many a visitor to its shores because of the beauty showcased in the show.

Since discovering Outlander I have met the most wonderful people. The online community is so supportive, a great place to get lost in the stories and you all must follow Scott Kyle, who played Ross in the series, on Twitter as it is like you are chatting with a friend. I have discovered Outlander fans in work colleagues and their opinion was certainly valued when I started the design process for my Scottish themed candles. The talented Scottish graphic designer Pearse O’Halloran then brought them to life.

Outlander debuted in 2014 and even though we are in the middle of ‘droughtlander’ while season 4 is being filmed everyone is re-watching previous seasons, reading the books or visiting the sites. Written by Diana Gabaldon, who is currently writing the ninth book in the Outlander series ‘Go tell the bees that I am gone’, it is only recently that the TV series has taken the world by storm. It now has an almost cult like following with many flocking to Scotland to see the filming locations. Maybe it has to do with the talented lead actors Sam Heughan and Caitriona Balfe,  the intoxicating Scottish accents or the captivating storyline of time travelling two hundred years in the past.

On a recent trip to the mainland I decided to put some outlander sites on the tour plan and I have to say it really made our holiday. It took us off the beaten track and we visited places I had never been to before.

There is scaffolding around it but it doesn’t take away any of the splendour of this 14th century castle in Doune village. The staff were all very enthusiastic and quite knowledgeable especially telling us about the Historic Scotland explorers pass which we will definitely get next time. The audio tour is a must and really makes the visit. As you walk around you listen to stories about the history of the castle, interesting information about the various rooms of the castle and funny commentary which really adds to the visit. Doune castle is famous for filming Outlander and Monty Python amongst others. The kids loved it and it kept them entertained for much longer than I thought. Even my very active master 2 loved it 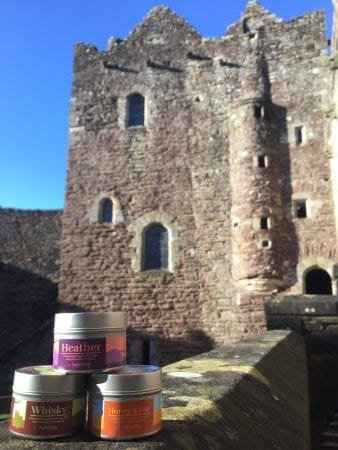 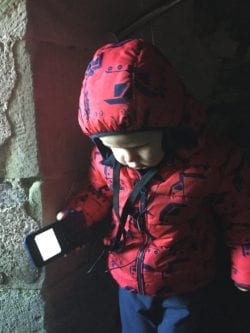 This is a favourite location for the Outlander filming crew. I had never been to Newtonmore and I’m glad I got off the A9 for it. Heather and Jo at the reception were just lovely and as the museum and grounds were shut for the winter I am certainly planning my return. Maybe on the 9th June when they will be having another ‘Outlander day’. The open air museum opens on the 28th March and you will even be able to purchase some of my Outlandish candles on your visit. 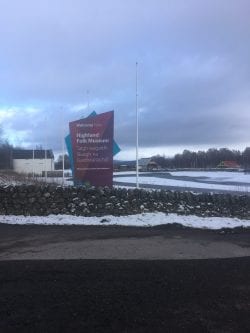 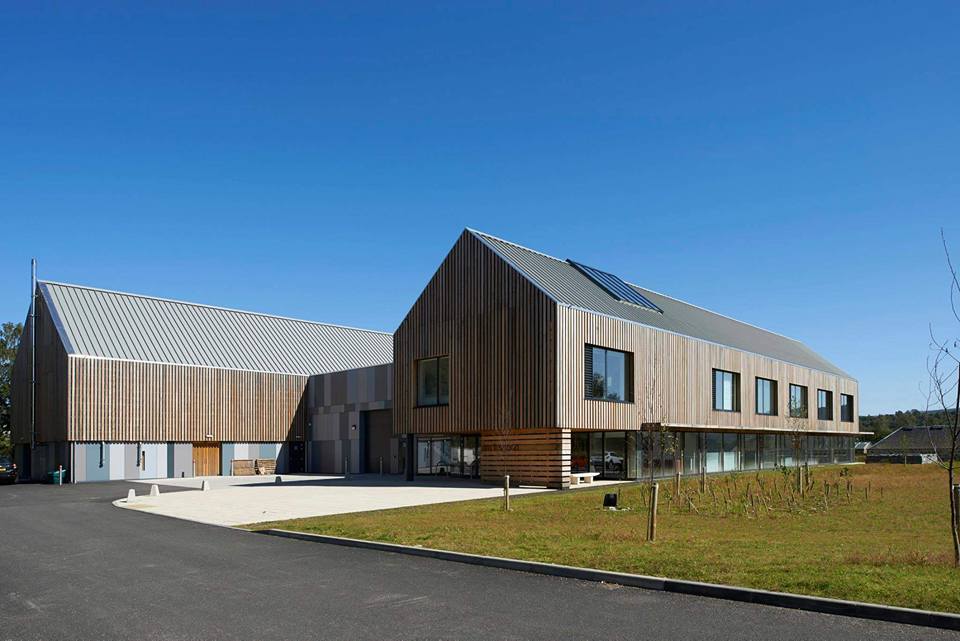 The filming location for Wentworth prison where Jamie was imprisoned and the setting for one of the most intense Outlander episodes by far. Jamie stands trial and is sentenced to hang then suffers great torture at the hands of Black Jack Randell.  This was certainly a favourite with the kids as there were so many rooms to explore and many staircases to climb and ‘king of castles’ to sing. We learnt that Mary Queen of Scots was born here and saw that very room and was built and developed over the 15th and 16th centuries. 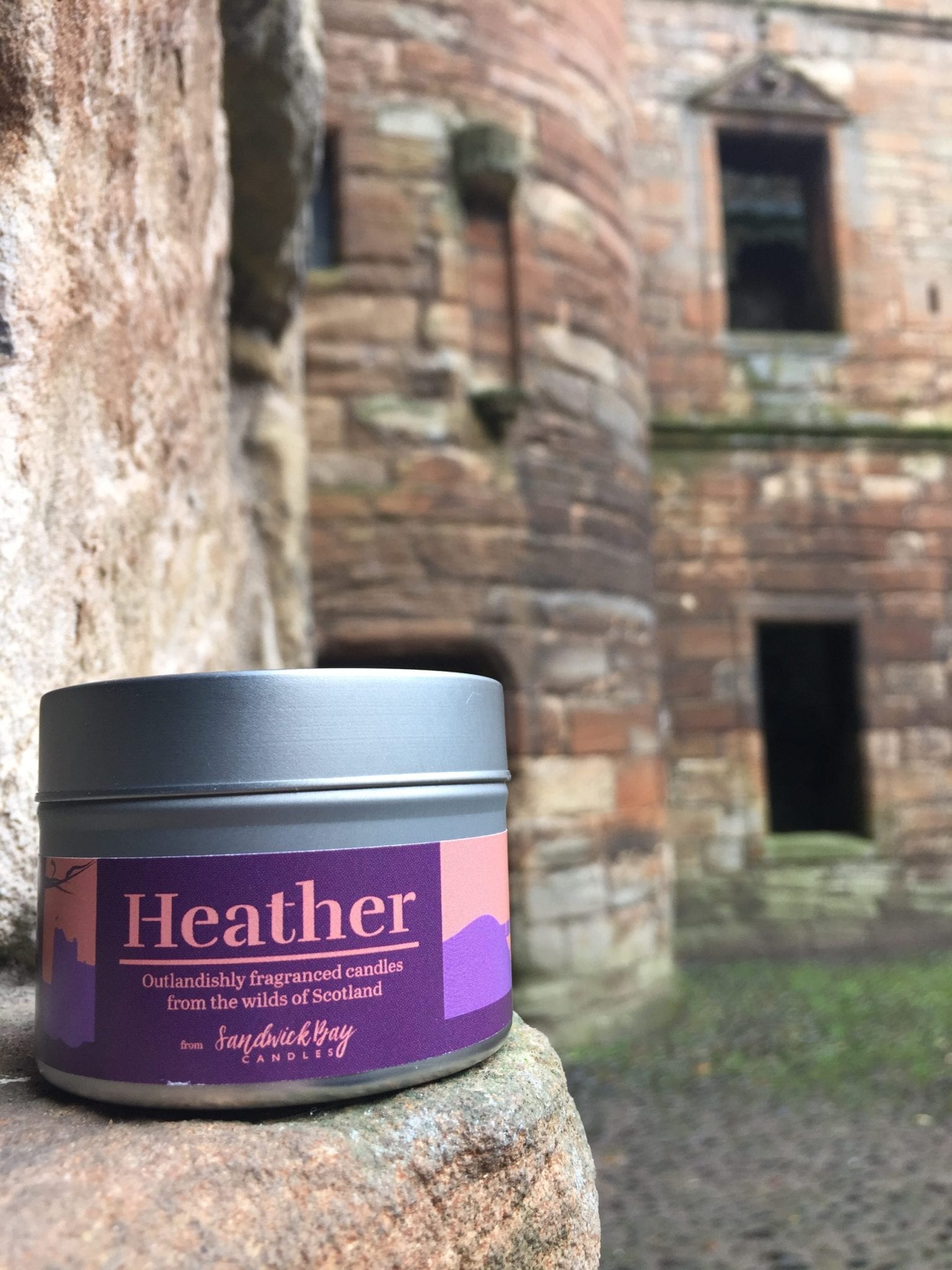 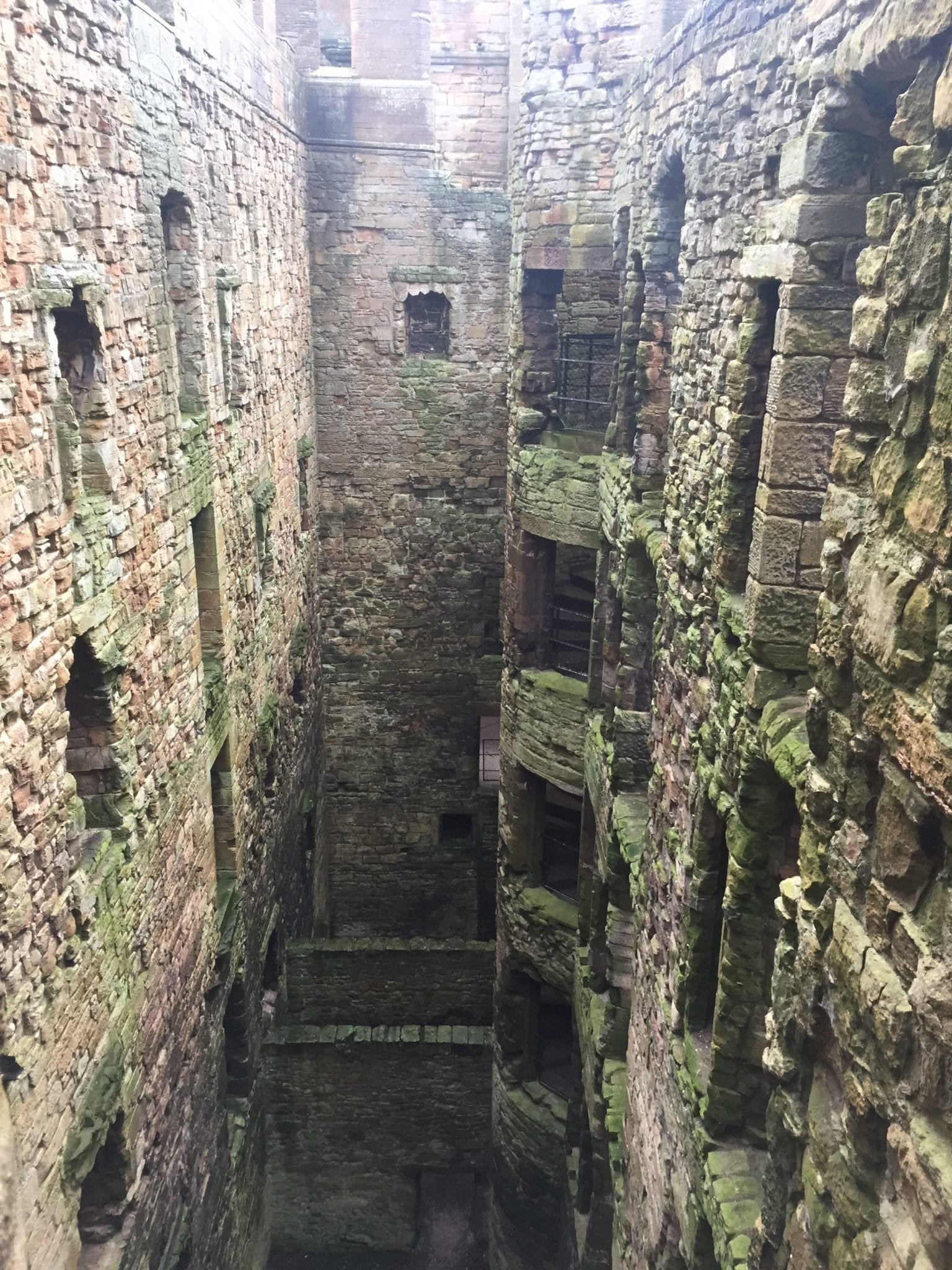 Now this castle was difficult to find even after getting a ticket and directions from the Hopetoun Farm shop. On the 3rd drive past we found it. As you can imagine most fans want to find Lallybroch and it is causing some problems as it is on a private estate. But oh my when we did find it! My heart was racing as I walked up the lane half expecting to see Jamie, Claire and Murtagh to come out and greet me. It is very surreal and so lovely to see. Well worth a visit!

Outlander has been so successful that Wardpark Studios is planned to become the first dedicated film studio in Scotland. When we drove past it was buzzing! There were people everywhere, we saw lots of props in the car park and every person could’ve been an extra on Outlander. 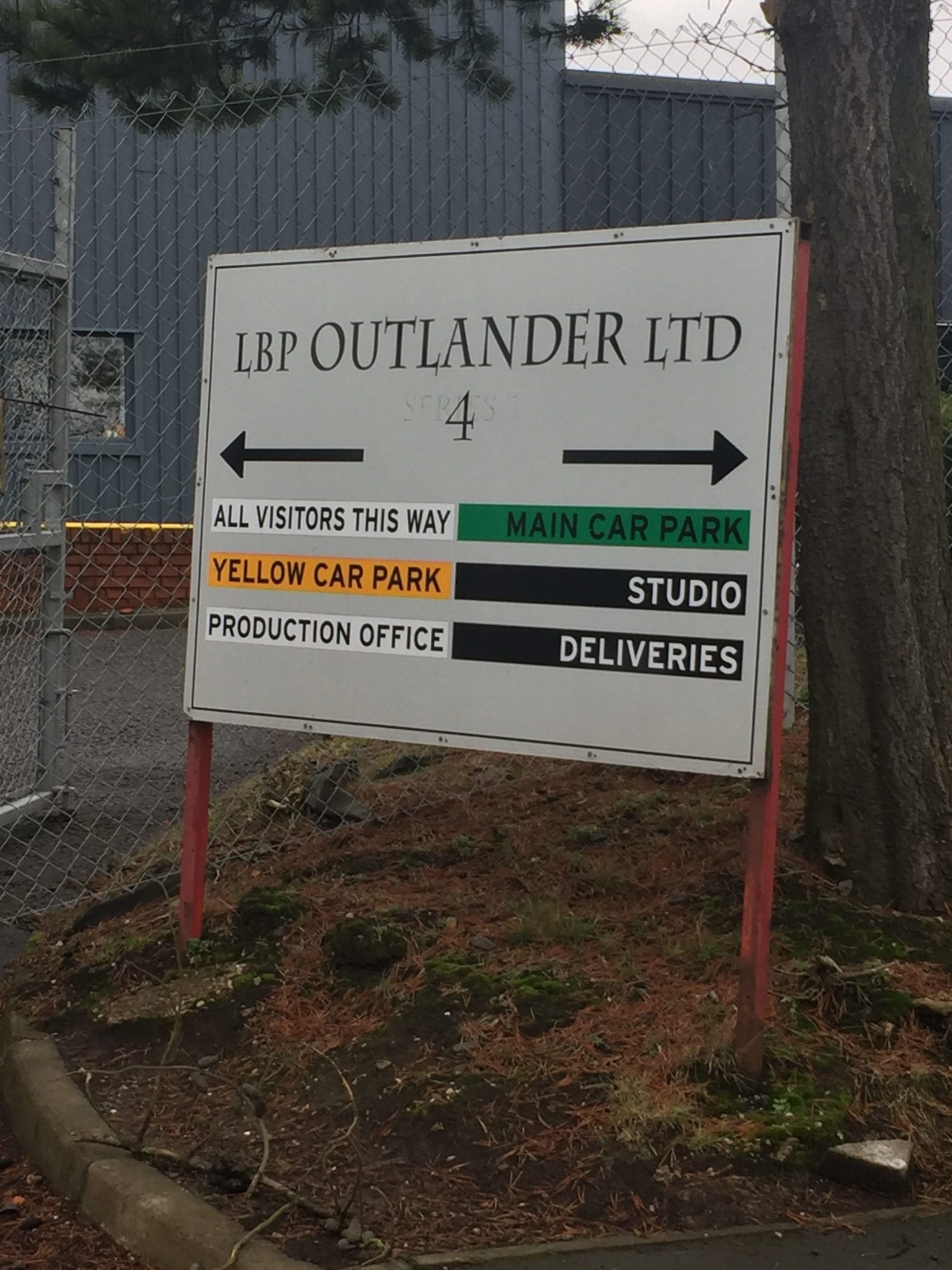 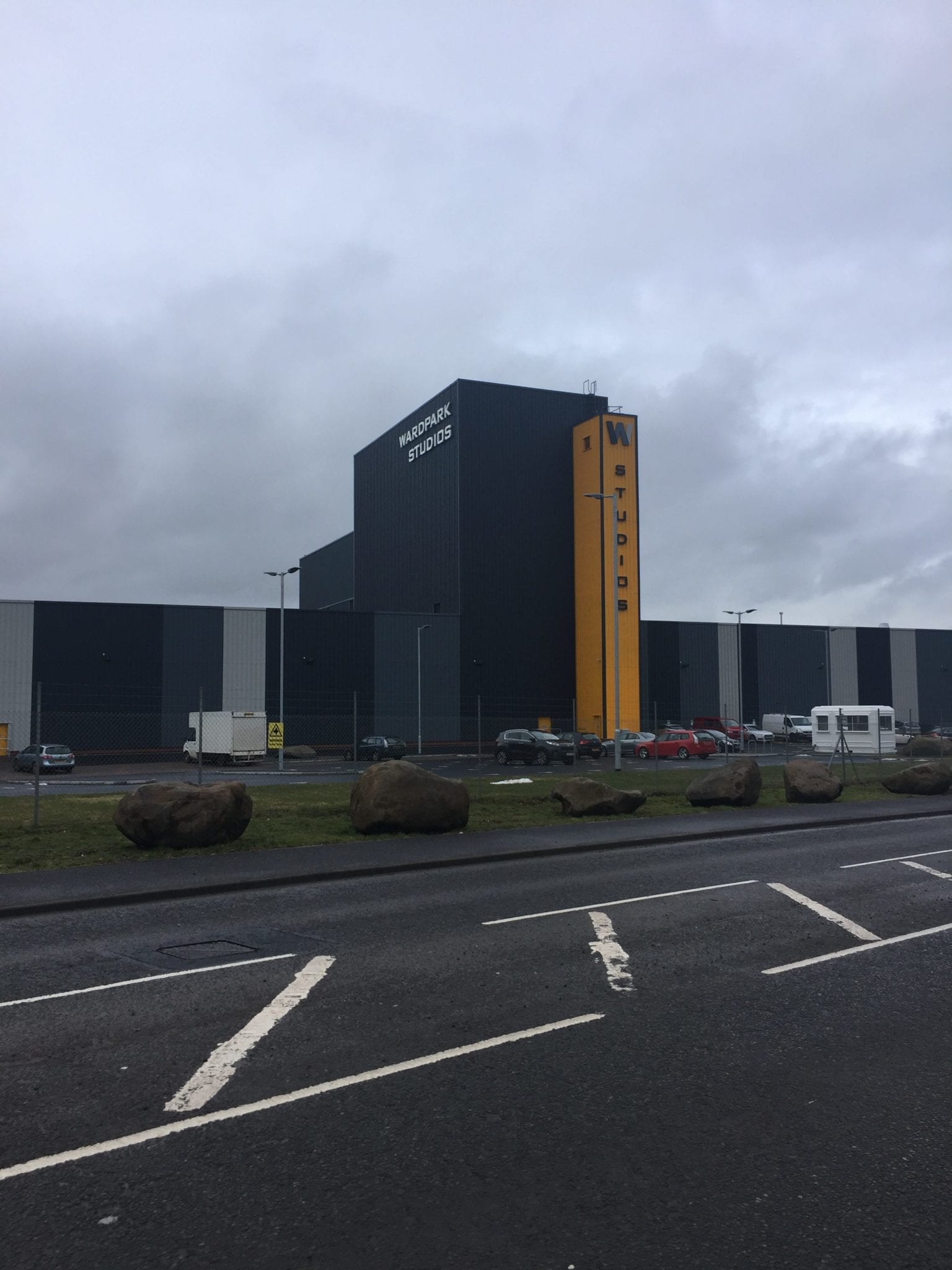 These standing stones are just outside of Inverness and before Outlander I never knew they existed. It was a lovely drive to find these stones and we had a enjoyable walk around and played in all the autumn leaves. Living on the Isle of Lewis I frequently visit the Callanish stones but I still find any standing stone just fascinating – how did they get there, imagine the ceremonies at the stones back in the day, can I hear the buzz? 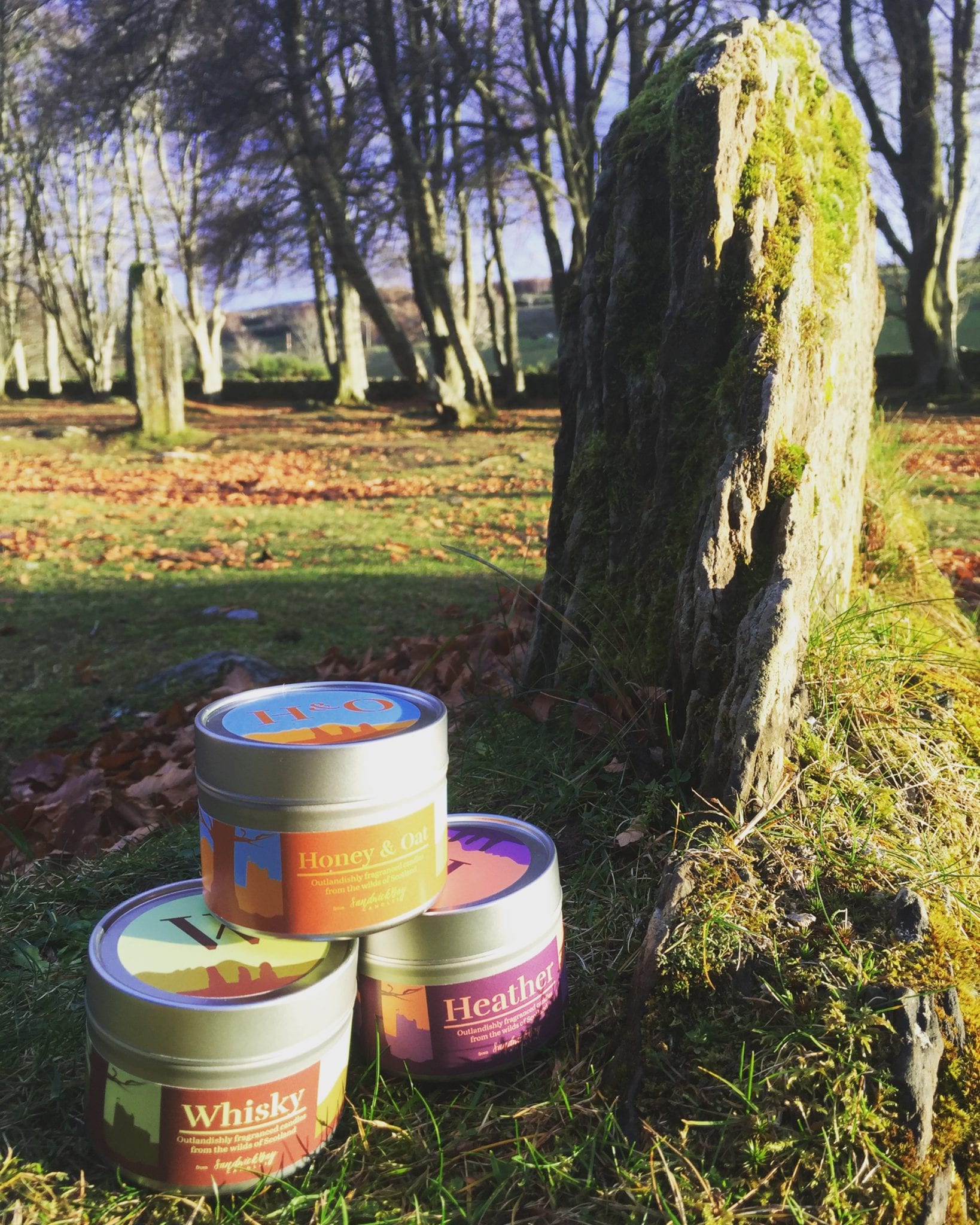 Although it doesn’t feature in the series Outlander the site played an important part after the 1745 Jacobite Rebellion. It is strategically sited to guard the approach to Inverness. You must visit the Highlander’s Museum and say hi to the very friendly and knowledgeable Lorraine. 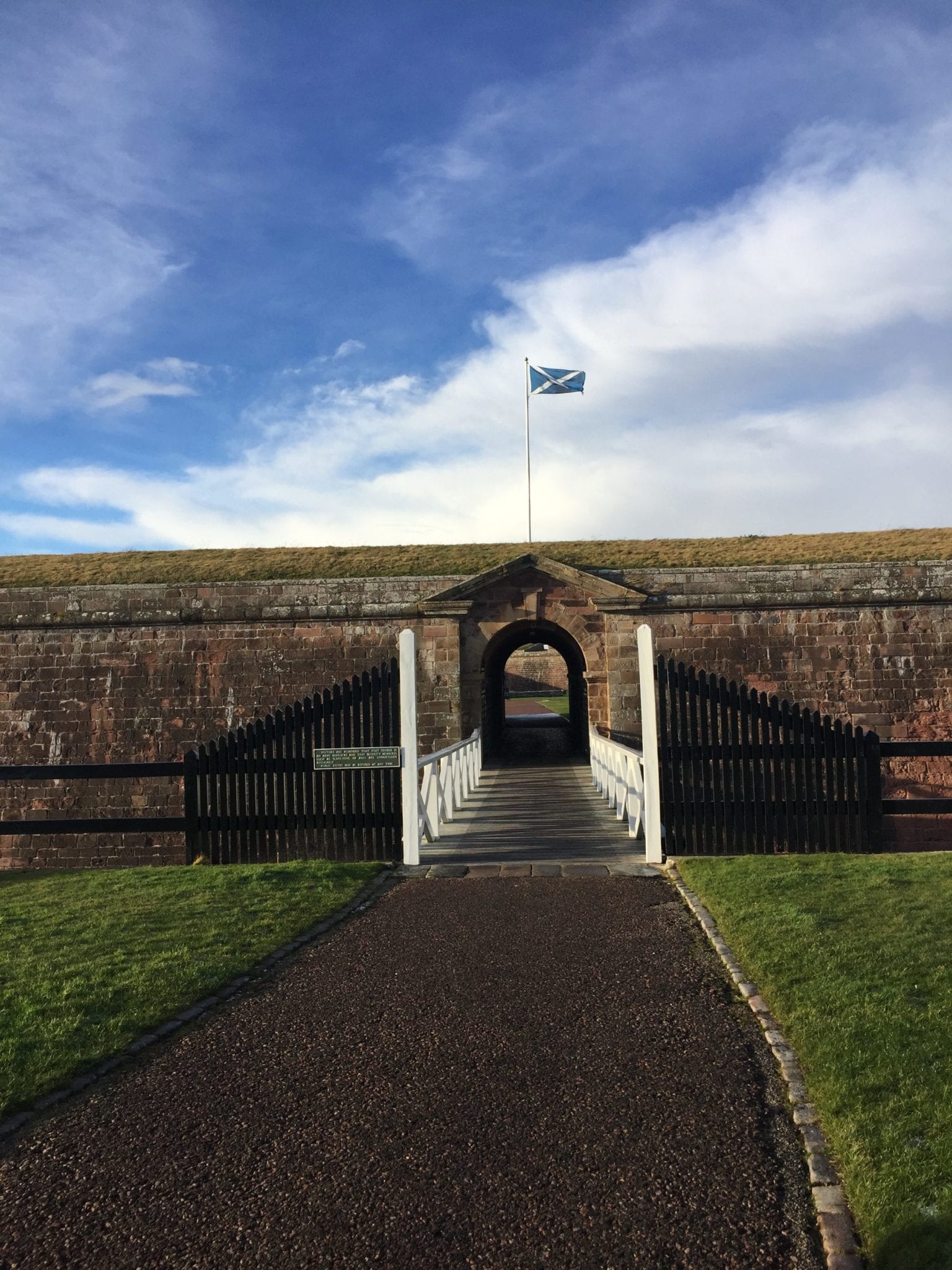 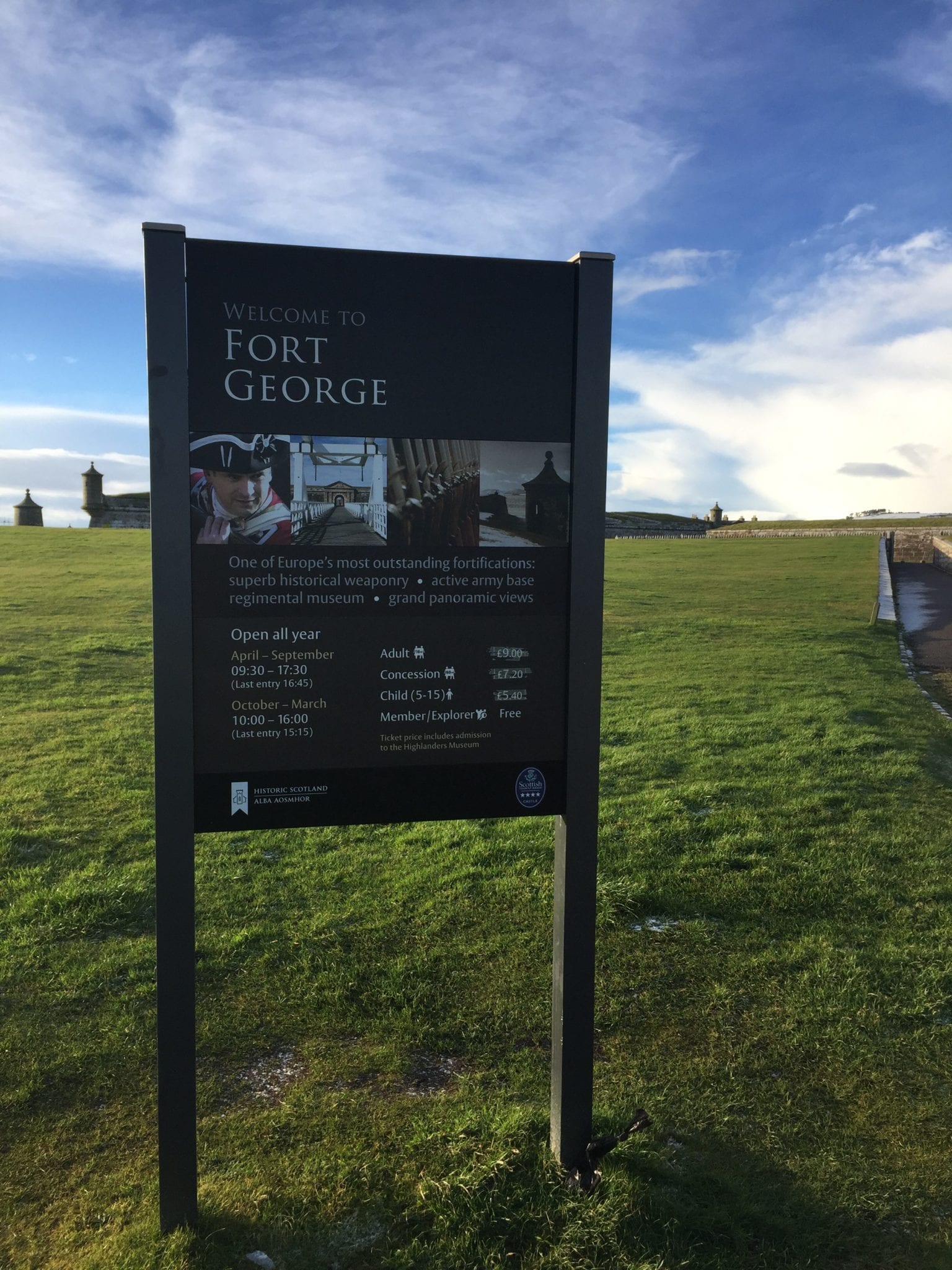 The fabulous Culloden visitor centre tells you the bloody battle of Culloden story in such an interactive way that it captivates all members of the family. The centre has a fabulous shop (which will soon stock some Sandwick Bay candles yay), exhibitions where you really can get lost in the middle of the action at the battle of Culloden and then stop for a rest at the restaurant. Outlander fans are flocking to the battle ground as Culloden is where the Jacobite rebellion came to a bloody end in 1746. 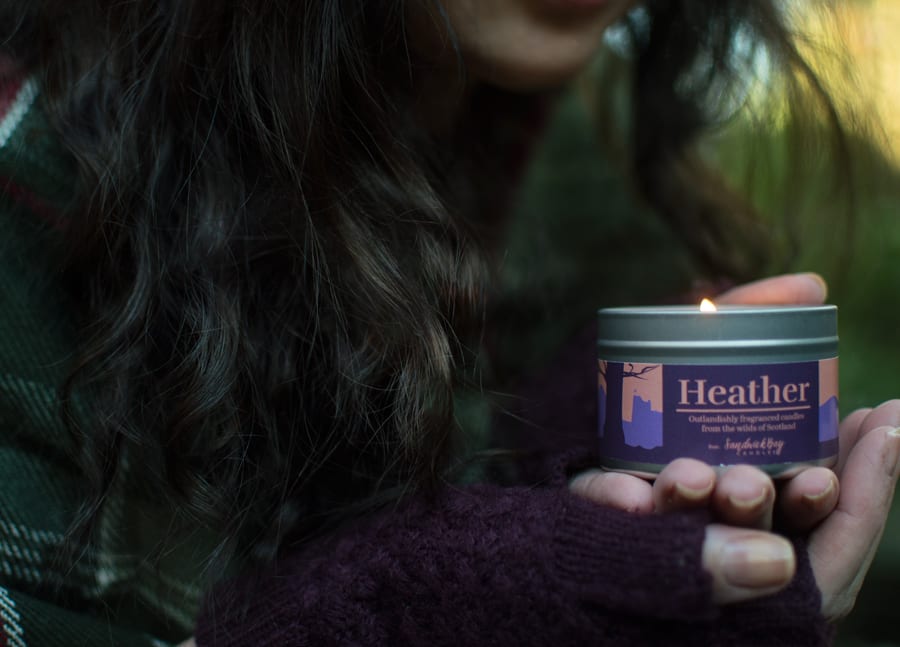 If you would like a set of your own Outlandish candles then you can order them here and take the scent of heather, honey & oat and whisky home with you today.

So which Outlander site are you going to visit next?

About the Author: Megan Macdonald